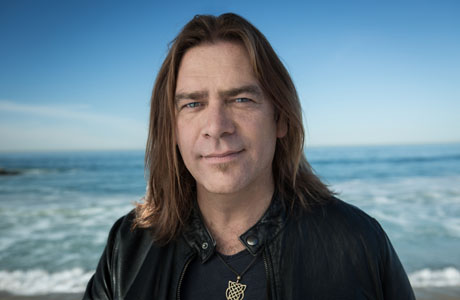 Alan Doyle, actor, producer, newly-minted best-selling author, and best known as lead singer for Newfoundland’s beloved Great Big Sea these past 20+ years, released his second solo album, So Let’s Go, in January 2015. Title-track lead single So Let’s Go, is a rousing rallying cry that’s only further proof of Doyle’s ability to draw the listener under his banner. Equally adept at drawing a crowd, Doyle & The Beautiful Gypsies are taking their energetic show across Canada and the US in Early 2017.

Alan Doyle hails from Petty Harbour, NL, and formed Great Big Sea in 1993 with Sean McCann, Bob Hallett, and Darrell Power, in which they fused traditional Newfoundland music with their own pop sensibilities. Their nine albums, double-disc hits retrospective, and two DVD releases have been declared Gold or Platinum and have sold a combined 1.2 million copies in Canada. So Let’s Go continues to cement Alan Doyle’s reputation as one of our country’s most treasured musicians and storytellers. “I always want people to have the greatest night of their life when the house lights go down.”