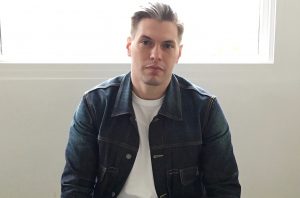 NEW YORK, December 4, 2017 – Noah Callahan-Bever – the highly-respected media executive and editor who has spent the last two decades as one of the preeminent voices in hip-hop journalism – has been appointed Executive Vice President of Brand Strategy & Content, Def Jam Recordings, it was announced today by incoming CEO, Paul Rosenberg.

Over the last eleven years—as Editor-in-Chief and Chief Content Officer of Complex, the leading media platform for youth culture—Callahan-Bever helped define, shape and amplify the sound, style and influence of a generation of stars. In his new role, Callahan-Bever will work closely with CEO Rosenberg, his senior executive team, and Def Jam’s all-star roster of artists, to develop the iconic label’s brand identity and equity through strategic alignments and compelling native content. Callahan-Bever will be based out of Def Jam’s New York office and will report directly to Mr. Rosenberg.

“I’ve worked with Noah for nearly 20 years in his various capacities with different companies as writer, editor and CCO,” said Paul Rosenberg. “Throughout that time Noah has demonstrated an incredible ability to create, innovate and connect with audiences. I’m especially excited to have Noah and his skill set become a part of the future of Def Jam as we begin to reimagine the label’s platform, further develop the brand and realize our plan to connect with fans in previously unimagined ways.”

“Growing up, I knew that I could, with steadfast confidence, buy any record with the Def Jam logo on it,” said Callahan-Bever. “So to be gifted the chance to help Paul Rosenberg—who I consider myself extremely lucky to have collaborated with, and learned from, for going on 20 years now—redefine and reassert that superlative brand identity for a new generation of listeners is a dream come true. Def Jam has a tremendous roster, and a very talented staff, and I’m humbled to have the opportunity to work with both.”

Noah Callahan-Bever began working in media when he was 17 years-old, serving as the senior editorial assistant at NYC’s cult favorite ego trip magazine. He attended NYU in 1997, and throughout his college years Noah contributed to VIBE magazine and its hip-hop spin-off, BLAZE. After a two-year stint writing for MTV’s Direct Effect and MTV News, in 2002 Callahan-Bever was named Editor-In-Chief of Mass Appeal magazine, and then Senior Editor at VIBE the following year. In 2005 Noah joined the staff of Complex as Deputy Editor and was promoted to Editor-In-Chief, and then Chief Content Officer, and has been instrumental in growing the once bi-monthly print magazine into the influential, multi-platform, multi-million-dollar digital media company it is today. Over the past few years, Callahan-Bever has overseen the company’s pivot to video, creating popular episodic series like Everyday Struggle and Blueprint and shepherding the brand onto cable TV via Fuse.