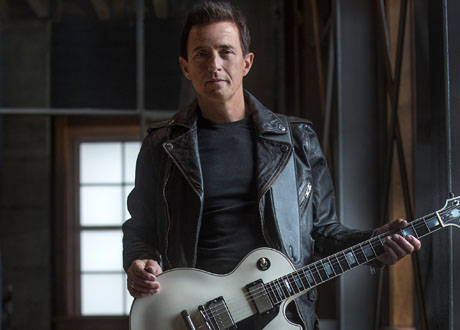 Blue Highways pays tribute to some of the singer/ guitarist’s long time blues idols including Howlin’ Wolf, Jimmy Reed, Freddie King, Jr. Wells & Buddy Guy, Peter Green, Robert Johnson and William Bell to name a few. In the spring of 2015 Colin wrapped up his Hearts on Fire tour. After a couple of months of straight touring, Colin was loving playing with the band and really happy with the sound they had created on stage. What better time to make a record? Especially the record Colin had been itching to make for years – a collection of some of his favourite blues tracks. In less than a week Colin and his touring band went into The Warehouse Studios in Vancouver and in just 2 days, Blue Highways was born.

“My band and I are really excited about playing some of these great blues songs for live audiences across the country.” said James of the tour.