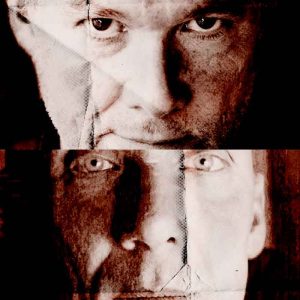 Lead singer, songwriter, and guitarist Gregory Hoskins always seemed to be surrounded by music. He was only in the first grade when he started learning to play the guitar while other children were happy simply expanding their vocabulary and finding out who could cross the monkey bars without falling. In his teens, in 1979, Hoskins formed his first band. In his early twenties, he put together the group known as Gregory Hoskins & the Stick People. Other members were singer Lynn Simmons, bassist Mike Fabello, saxophonist Colleen Allen, drummer Michael Spencer-Arscott, and singer and keyboardist George Civello.

Kevin Breit is a Canadian guitarist, vocalist, and singer-songwriter from McKerrow, Ontario, Canada. His group, The Sisters Euclid, has been a fixture at the Orbit Room in Toronto for the past 13 years. Breit has worked as a touring guitarist or session musician with a variety of musicians including Cassandra Wilson, The Miller Stain Limit, Norah Jones, Michael Kaeshammer, Celine Dion, Marc Jordan, Molly Johnson, Harry Manx, Holly Cole, Rosanne Cash, Serena Ryder, the Rankins and Hugh Laurie. He also performs as a solo artist and as a member of the folk group Folkalarm. He was awarded the 2012 Juno Award for Best Instrumental Album as member The Stretch Orchestra. Breit has performed on recordings that have earned 13 Grammy Awards.