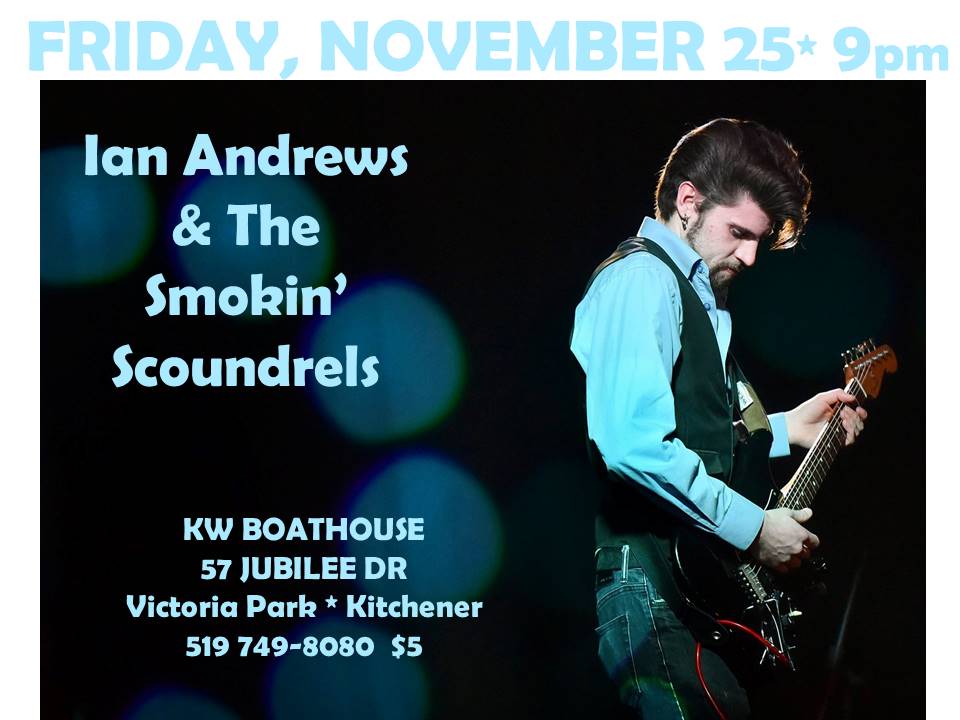 Ian Andrews, 2016’s Blues Recording of The Year winner at The Hamilton Music Awards, was born in Guelph, Ontario where he picked up the guitar at the early age of ten. Through his teenage years, he played in a few bands while crafting his song writing skills. His real adventure began when he moved to the Steel City- Hamilton, Ontario. Andrews was exposed to an incredible amount of new influences and began to make musician friends who would become mentors to him over the years. He started his well-known act “Ian Andrews & The Smokin’ Scoundrels” in December, 2012 featuring his original music and a full 7-8 piece band of incredible players. He plays over 250 shows a year, either with the full line-up or with his trio/quartet act, “Ian Andrews Band” which plays around the region in many clubs, bars, halls and theaters. Andrews also has the pleasure of playing and stage sharing with friends and peers such as Jack DeKeyzer band, Jerry Doucette, Bill Dylan, members of Crowbar, Steve Strongman, Brant Parker Blues Band as well as many others! His live show always feature’s an all-star band line up that always consists of incredible names such as Alan Duffy (Jack DeKeyzer), Greg Brisco (DinnerBelles, Ginger St. James), Albaby Webster (Colin James), Dave McMorrow (Jack DeKeyzer), and more.