Kenny Rogers Live at the Centre in the Square 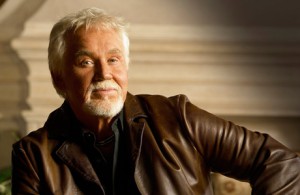 Kenny Rogers has been delighting his ever-growing fan base for more than five decades during which time the gifted singer, songwriter and entertainer has recorded 24 No. 1 hits (including classics such as THE GAMBLER, LADY and ISLANDS IN THE STREAM), 12 No. 1 albums and sold over 120 million albums. Rogers, who will be inducted into the Country Music Hall of Fame this fall and release a new album, YOU CAN’T MAKE OLD FRIENDS, on Warner Bros. Records on October 8, has been honoured with hundreds of awards for his music and charity work, including three Grammys, eleven People’s Choice Awards and eight Academy of Country Music Awards.

Join this music legend for a night of hits spanning an impressive 55-year career and wonderful holiday favourites sung by Rogers only the way he can with the help of a local choir.