Valdy Live at The Registry Theatre 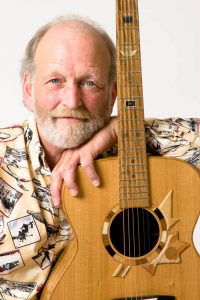 Valdy has been part of the fabric of Canadian pop and folk music for well over 40 years. He’s a singer, guitarist, and songwriter, noted for his live performances. He last played Folk Night in April 2012, and at Kitchener’s Bluesfest a couple of years ago. Remembered best for Play Me a Rock and Roll Song and Renaissance, Valdy has sold almost half a million copies of his 19 albums, has two JUNO Awards – Folk Singer of the Year, and Folk Entertainer of the Year. One of Canada’s most influential songwriters, Valdy’s his songs have been recorded by numerous artists, including Quincy Jones, and John Kay of Steppenwolf. A Canadian music icon returns to Folk Night for our annual Merrick Jarrett concert.