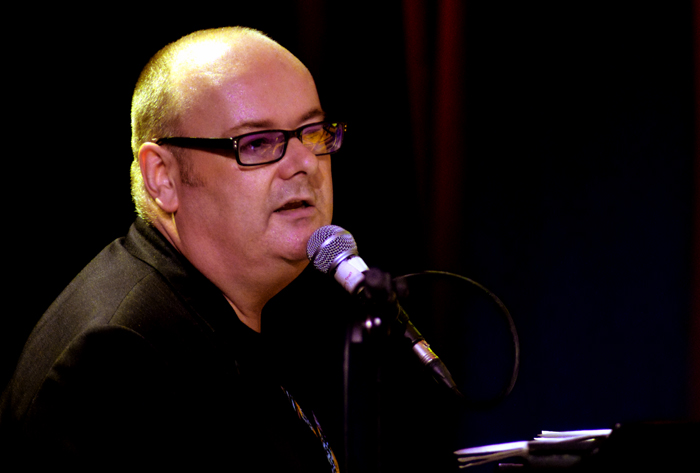 Best Jazz Vocalist” at the BBC Jazz Awards in 2007 and 2004, and nominated in the Best UK Vocalist category at the JazzFM awards in 2013, Ian Shaw has already amassed a number of highly acclaimed internationally released albums and is a popular performer both in the UK and the US. He has been cited, along with Mark Murphy and Kurt Elling, as one of the world’s finest male jazz vocalists.

in June 2012, Shaw joined The BBC Concert Orchestra, alongside Pete Townshend and Jeff Beck at The Southbank Centre for London On Film and later was invited by Pete Townshend to revoice the songs from Quadrophenia(scored by composer, Rachel Fuller) for a new recording. In a similar vein, Gail Zappa invited Ian to play “Mark” in a fully orchestrated new version of 200 Motels, Frank Zappa’s cult 1972 movie which was performed on the Royal Festival Hall stage and broadcast on Radio 3 as part of Hear and Now in October 2013. Shaw then reprised this role for the Belgian premiere of the work, in Antwerp, with the Brussels Philharmonic, in March 2014.

Ian has done considerable volunteer work in “The Jungle” refugee camp in Calais (now demolished). Here is his commentary…..

Ian has become a frequent visitor to Canada, as result of regular play on JazzFM91 where his Ronnie Scott’s Radio Show airs weekly.

Don’t miss this opportunity to hear one of the world’s great singers up close and personal.