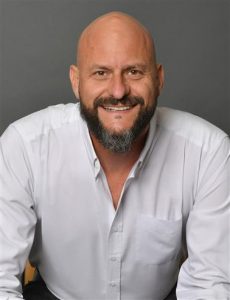 Greer’s impressive resume includes a six-year tenure as the Senior Vice President of Marketing for Columbia Records and most recently three years as Executive Vice President of the Capitol Music Group. Throughout his extensive career, Greer has been renowned for his creative vision and marketing acumen. He has created and overseen chart-topping, multi-platinum and Grammy Award-winning campaigns for some the most important and successful artists working today, including Adele, Beyonce, Katy Perry, Lil Yachty, Sam Smith, Halsey, Daft Punk, Jack White, Pharrell Williams, J Cole, Beck, Mary J. Blige and John Legend.

Greer said, “Def Jam is a truly iconic label. Very few brands have been as synonymous with quality and as definitive of the culture as Def Jam Recordings. Now more than ever, we are seeing the global reach of that culture, and Def Jam is rightfully at its center. Authenticity and cutting-edge artistry have always been at the core of Def Jam’s spirit, and its incredible roster includes some of the most influential voices and exciting new trailblazers in music today. I am thrilled to be joining the team at Def Jam, and honored to be part of its great cultural legacy.”