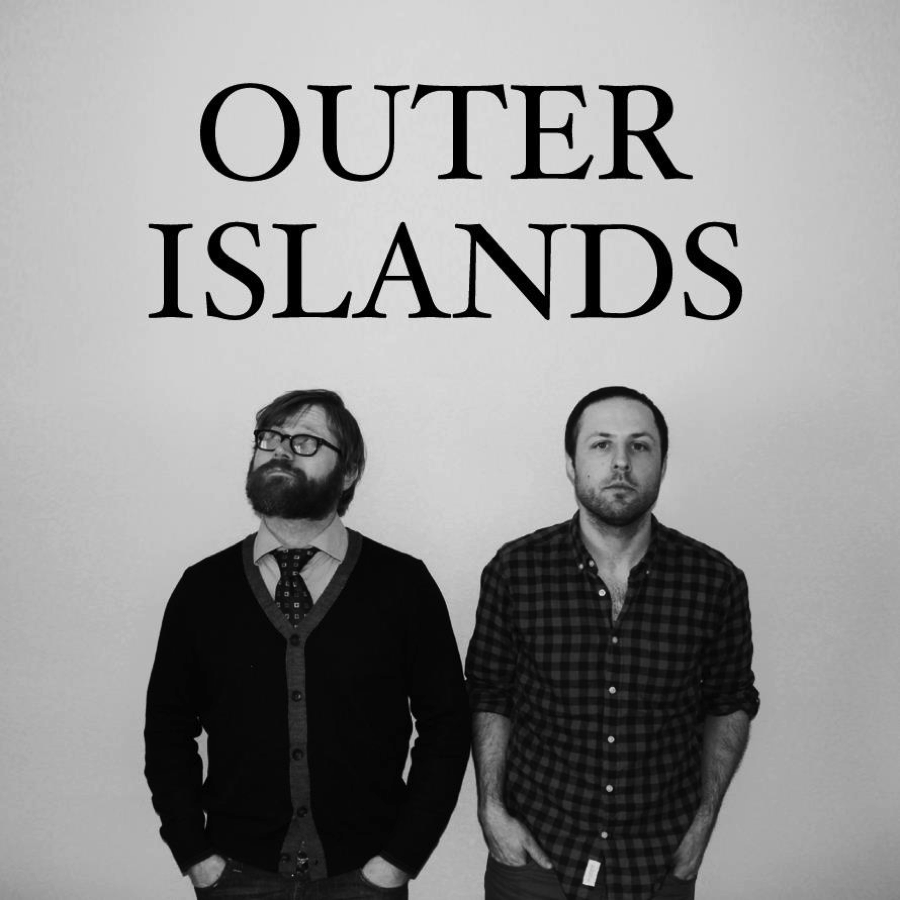 Working with the same band for 15 years can be a little predictable. Knowing what kind of music you’ll put out. Knowing what people you’ll be working with. Knowing what people you’ll expect at a show. It involves a lot of assumption; not to say that working with the same people for a long time isn’t great. You develop a flow with the people you work with. Perhaps feedback is more honest, and the whole music making process is more open because you’re comfortable. But it seems Rob McFee, formerly of Vacuity, is trying to find comfort in spontaneity with his new project, Outer Islands.

“Today Outer Islands is me and Duncan (Nicholls), in a couple of months it could be different.”

Approaching Duncan only 6 weeks ago, Rob decided he was going to start this project with some songs he had “kicking around”. He quickly booked some shows, without having much practice with the new material he was going to be playing. By doing this he is taking a risk of being unprepared and potentially not having things done. But Rob seems to strive on that, having a deadline and watching the clock tick as he creates and practices.

Only Rob was available for the interview, but he let me in on how him and Duncan met and where this project grew from.

“We played together on the Kitchener-Waterloo symphony. Maybe a year ago we talked on working on some songs but both of us were too busy,” said Rob. “I booked these shows in March and I was like hey Duncan wanna jump in and try this? Four weeks later we played some shows.”

The project is open and malleable and Rob is inviting to new ideas and new people. Tomorrow there could have a new member, a new instrument, or a different sound. This is what Rob wants to be open to, and have people be interested in. With his evident knowledge of local bands, and different people he’s met through the 15 years in Vacuity, he has the means necessary to continue collaborating with other people and really succeeding in this new project.

“The thing I’m most excited about is writing faster and not being tied to having it be totally perfect,” said Rob. “Sometimes some of the best moments get crushed out of the project when you overwork it.”

By June, Rob wants to have an EP out, and to stir up some talk he’s trying out some new things. In Windsor and Kitchener, he did some record store shows, and is making online videos to have other outlets for people to view and listen to his performances. Rob seems to have a lot of fun and gets inspired by all this new bahaviour.

Outer Islands’ sound is moody and the lyrics are inspired by self-reflection, expressed through metaphors like in Balloon Capsule.

“You know you get big ideas. You’re kind of going up in a balloon, like you’re leaving reality,” said Rob.

The songs are mostly about working through some deeper thoughts in your head, and as Rob described it, the certain perspectives are in the verses and the chorus is the more optimistic part. Different perspectives in a well rounded inner commentary.

I asked him why he chose this kind of lyrical set-up and he replied, “You’re taking certain perspective in the verse, and in the chorus you’re looking at it a different way. It’s easier to have a shorter line about the solutions … it’s easier to sing along with the uplifting part.”

Rob is comfortable with the unfamiliarity of where this new project will go. In saying that, it makes it very appealing as someone on the outside to watch as he works out the kinks.  There is a type of vulnerability in this approach to making music because he is letting people in before a definitive label is put on the music. Audiences recognize someone who is doing something because they are excited about it just as much as they can catch the person who is forcing music out – and the delight Rob gets from this translates to a calm and meditative sound and demeanor.

“It’s just an adventure. I’m just trying to have fun with the project,” said Rob.