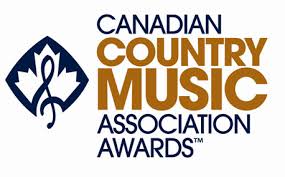 September 10, 2017 (Saskatoon, SK) – The 2017 Canadian Country Music Association® (CCMA®) Awards Show had Saskatoonians on their feet atSaskTel Centre in Saskatoon, Saskatchewan, and Canadians from coast-to-coast cheering for all their favourite country stars on CBC when the awards were broadcast exclusively by the national public broadcaster at 8 p.m. (8:30 p.m. NT). In the action-packed two-hour event, eight of the most sought-after CCMA Awards were presented and fourteen exceptional performances blew fans away.

Dallas Smith took home one of the biggest awards of the night, Album of the Year, for the second time in his career; in addition to also winning Single of the Year. Brett Kissel took home Male Artist of the Year for the second year in a row, along with Video of the Year. Newcomer Meaghan Patrickalso had a great night, winning both Female Artist of the Year and the SiriusXM Rising Star Award. Thanks to a new partnership with SiriusXM, the CCMA is pleased to announce that as this year’s SiriusXM Rising Star Award winner, Patrick will also receive a $10,000 bursary as part of SiriusXM’s continued efforts to support Canadian artists. Fan-favourites, The Road Hammers, took home Group or Duo of the Year, for the third time  Leading up to and during the first hour of the 2017 CCMA Awards Show, country music fans could vote online at fanvote.ccma.org or via social media via one of five unique hashtags for their favourite Apple Music Fans’ Choice Award nominee. A staggering 452,850 votes were received and Dean Brody was crowned winner of the night’s most coveted award.

ALBUM OF THE YEAR
Side Effects – Dallas Smith

GROUP OR DUO OF THE YEAR
The Road Hammers

MEDIA NOTE: A complete list of 2017 CCMA Award winners can be found at ccma.org.

This entry was posted in Articles and tagged CCMA, CountryMusic, Deanbody. Bookmark the permalink.