From Altamont to Fyre: a history of the worst music festival disasters 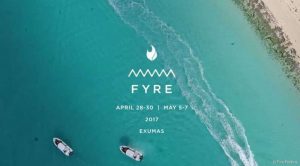 As the huddled masses of Instagram models, aspiring tech bros, and washed-up rappers finally escape Fyre Festival’s pathetic attempt at a luxury music festival in the Bahamas, many of its disgruntled attendees have used social media to paint the event as a festival disaster. The ensuing viral sensation – fueled by schadenfreude – would suggest that this Caribbean catastrophe is as bad as it gets for a festival. That is not the case. In the 60 years that music festivals have been a prominent factor in western youth culture, some combination of negligent planning, inclement weather, freak accident and human violence has caused a steady stream of unfortunate incidents at music festivals. They range from comical nuisances to horrific tragedies, and a look back offers a timely reminder of how bad things can get when the pursuit of pleasure devolves into disaster.

The British are no strangers to a soggy festival experience, but in the festival’s 35th year, a thunderstorm at Glastonbury tested the limits of even the hardiest British punters. A violent torrential deluge, claimed by locals to be “the worst storm in fifteen years”, pounded Worthy Farm, flooding the campgrounds, festival site, and parking lots in upwards of 4ft of water. Two stages were hit by lightning as rivers of mud destroyed camps, trapped cars, and toppled toilets. That afternoon, the clouds cleared, and in typically British fashion, the 130,000 or so attendees stuck on their wellies and waded on with the remainder of the festival, which is now lovingly remembered as “Farmageddon”. Although nine people reported injuries and damages soared into the millions, there were no fatalities.

A joint venture between the rapper Ja Rule and the shady entrepreneur Billy McFarland, Fyre festival promised exclusivity, luxury, and $12,000 VIP packages on the idyllic shores of Great Exuma Island in the Bahamas. Revelers arrived to find that their luxury tent accommodations resembled a “Fema camp”, the gourmet dining options had been reduced to slices of processed cheese on bread, and most of the performers – such as Blink 182 and Disclosure – hadn’t even bothered to turn up. As a storm blew in, the event was completely cancelled, as were flights off the island, and the event’s elite clientele devolved into a horde of stranded savages, documenting their plight on social media at every step. The government of the Bahamas seized control of the festival grounds to evacuate the attendees, and a $100m lawsuit has already been slapped on the organizers.

The blockbuster event was touted as being “bigger than Woodstock” and had a heavyweight line-up featuring Black Sabbath, the Allman Brothers, and the Eagles. When the mayor of Evansville, Indiana, banned the festival at the last minute, organizers scrambled to move it to a bend of lawless swampland known as Bull Island. When 200,000 people – more than quadruple what was expected – poured into tiny Carmi, Illinois, peace and love were swiftly discarded as hell broke loose. Rain turned the grounds into a muddy slurry, scores of artist cancellations left long periods of silence on stage, vendors quickly ran out of food, and the sanitation system completely flooded. In a drug-fueled haze of rage and confusion, the trapped attendees turned the festival into a fully fledged riot. Cars were overturned, people were mugged, and at the end of the weekend the stage was set on fire.

With the Rolling Stones and the Grateful Dead performing to a crowd of 300,000 in sunny northern California in 1969, Altamont was expected to be “Woodstock West”, taking place only four months after that era-defining event for the “peace and love” generation. Trouble began when the notorious motorcycle gang the Hells Angels was hired to handle security for the stage, which sat only 3ft high at the bottom of an incline – a job for which the group was allegedly paid in beer. The Angels, armed with sawed-off pool cues and chains, battered countless youths as the baying crowd threatened to spill down the hill and on to the stage. Multiple skirmishes resulted in brutal treatment and injuries to men and women alike, but the event turned deadly at the opening of the Rolling Stones’ set. When Meredith Hunter, a teenager clad in a lime green suit and high on a combination of LSD and methamphetamine, rushed the stage with a gun, he was stabbed twice and died. Video footage, featured in the documentary Gimme Shelter, shows bikers stomping on Hunter’s body after he fell. The incident is remembered as a sad and symbolic end to the 1960s.

The German event Time Warp began its third Argentinian festival in 2016 with a sterling reputation for bringing world-class underground dance music to all corners of the globe, but by the weekend’s close, its legacy was in tatters. The Costa Salguero venue was overcrowded and under-ventilated, but even then organizers were shocked when revelers began collapsing en masse with convulsions and cardiac arrhythmia. Before emergency services were called in and the event was cancelled, six people died, all with symptoms of overheating and drug overdose. The cause was traced back to a heavily adulterated batch of pills sold as ecstasy, stamped with the Superman logo. Two event organizers were jailed after the event, and electronic music festivals were banned in Argentina.

With sun, sand, and cheap tequila, Mexico has become a premier location in the recent trend of destination music festivals. Much of the country’s teeming tourism industry operates in the uneasy shadow of drug cartels, and disputes over territory can spill over into violence at a moment’s notice. The BPM Festival, a major nodal point of the worldwide dance festival circuit, came to a bloody halt in 2017 as multiple gunmen descended upon the Blue Parrot nightclub in Playa del Carmen and opened fire on the street, spraying bullets into the club and into the arriving crowd. They killed five people and and injured 15. In the following days, the notorious Zeta cartel claimed responsibility for the attack, which was most likely an act of revenge after festival organizers refused to pay the bribe demanded. The BPM Festival will not return to Mexico, and electronic music festivals have been banned in Playa del Carmen.

As the headlining act Pearl Jam performed to a huge crowd at Denmark’s Roskilde festival, a muddy mosh circle near the front turned into a death pit as people piled atop each other in a chaotic frenzy. As bodies poured over the barricades in fear for their lives, Pearl Jam’s lead singer, Eddie Vedder, begged the crowd to back up, before the band cut short their set moments later. The heaving mass receded and nine bodies were found trampled to death in the mud, most in one particular location. Twenty-six others were injured. The incident resulted in major safety reforms at festivals around Europe, and Roskilde is still one of the biggest music festivals in the world. Pearl Jam memorialized the tragedy in their song Love Boat Captain, and a memorial stone has been placed on Roskilde grounds, inscribed with the phrase “… How fragile we are”.

As ominous thunderstorms rolled over Indianapolis, local police and festival organizers considered cancelling the Indiana state fair, which featured the piano pop star Sara Bareilles and the country icons Sugarland. At 9pm, as Sugarland were preparing to go on stage, the order to cancel was given, but it was a moment too late. A gust of wind toppled the stage, which collapsed directly atop the crowd, killing seven and injuring 58. It is thought that the incident was caused by a “gustnado”, a rare weather event that resembles a tornado and comes with winds of over 120 miles per hour. The festival, Sugarland, and the stage riggers faced multiple lawsuits, paying out over $50m in damages.

With the 20,000-strong rock festival well under way at the Tushino airfield just outside of Moscow, two women were stopped by security as they attempted to enter the grounds wearing bomb belts. They detonated the explosives upon exposure, killing themselves and 16 others, and injuring more than 100 people in the process. Russian police investigations claimed the women, 20-year-old Zulikhan Elikhadzhiyeva and 26-year-old Zinaida Aliyeva, were Chechen terrorists with an intent to cause even greater damage upon entering the festival grounds. It was only one of many terrorist attacks during the Russian occupation of Chechnya, but is a singular instance of geopolitical friction manifesting in violence at a music festival.

Germany’s Love Parade began in 1989, a totally free cavalcade of floats and dance parties that drew hundreds of thousands every year and was a center of worldwide rave culture with scores of spin-offs around the globe. By 2010, the German edition had been ousted from Berlin to the much smaller city of Bochum, where a logistical snafu resulted in dire consequences. Attendance estimates vary wildly, from 400,000 to 1.4 million, but every entrant was funnelled through a single tunnel that opened up to a wide staircase. A crowd rush surged the masses forward through the tunnel, sending bodies tumbling down the stairs, trampled under feet, and crushed against the walls. The pile-up caused 21 deaths – most by suffocation – and 500 injuries. The Love Parade organizer, Rainier Schiller, permanently cancelled the event shortly afterwards.