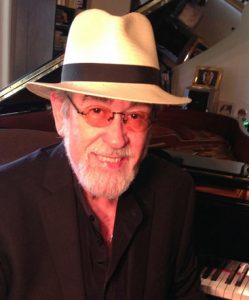 Roger Kellaway is a giant of modern American music. An incomplete list of his many accomplishments includes:

It’s not jazz, but here is is Roger running this amazing band from behind the piano – Van Morrison “Astral Weeks”