Where are the female producers? 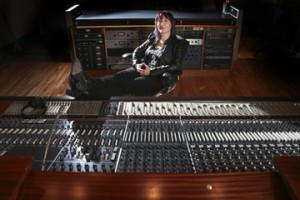 TORONTO — With one of her two Juno nominations this year for “Clear Day,” Emilie-Claire Barlow entered an exclusive club she wishes wasn’t so exclusive: a woman nominated for Producer of the Year.

She’s only the fifth woman in the past 10 years and the 14th in the 44-year history of the Juno Awards to compete in that category, which has crowned a female winner only four times. Engineer of the Year is even less balanced; no woman has ever won.

The daughter of two session musicians who has been immersed in studios since age six, Barlow isn’t surprised by that statistic; she figures she’s seen only two female engineers her whole life.

That said, she doesn’t seem that interested in making too big a production out of her achievement.

“I was laughing to someone the other day: at no time did I use my vagina directly in the making of this record,” Barlow said recently.

“The Junos are accurately reflecting the scene. Generally speaking, mostly men are in those roles.”

The numbers bear that out.

This year, the Junos received 113 total submissions for production and 75 for engineering; only eight women applied for the former and two for the latter. When women do earn nominations for Producer of the Year, they’re almost certainly also performers — not since Kerry Crawford in 1984 has a woman been nominated for producing someone else’s album.

Junos’ president Allan Reid calls the show a “reflection of the industry” and, indeed, one broadly accepted statistic estimates that women comprise five per cent of engineers and producers.

Montreal electronic-music oracle Grimes has been dutiful in documenting studio sexism. She’s faced condescending engineers and unwanted sexual advances. And she alone handled the engineering and production on her brilliant “Art Angels” partially because she knew employing an outside engineer would lead people to assume: “Oh! That guy just did it all.”

“The music industry is still male-dominated and there is chauvinism,” said John Harris, founder of the Harris Institute for the Arts.

Harris says he’s long endeavoured to enrol women and hire female faculty, but he’s only recently seen signs of progress. And progress here essentially means “better than nothing:” where semesters once passed without any female students, women now comprise 10 to 25 per cent of the student body.

Chihiro Nagamatsu is one of those students. A classically trained pianist since age four, she wants to produce both her own music — which blends classical, pop and anime influences — and other artists’.

She’s one of only two women in her audio production class, but she’s undaunted. In her native Japan, she worked 12-plus hours a day trudging door to door selling Internet subscriptions. She had 11 co-workers and they were all men.

“I have courage and passion,” she said. “If women are a minority in the music business, I should change that a little bit myself.”

Karen Kosowski, who has helmed tracks for Emma-Lee and Jakob Dylan, first took up production out of a motivating mixture of necessity and curiosity, when she was a “broke artist” in the Winnipeg suburbs trying to forge a solo career on a “shoestring budget.”

While she hasn’t experienced the sort of studio sexism Grimes describes, she’s familiar with limiting assumptions about women.

“If a guy doesn’t know about his engine, he’s not as macho,” she said. “Women still aren’t expected to have the same kind of technical knowledge as men.”

Such presumptions aren’t only corrosively sexist; they’re also wildly out-of-touch with the modern role of a producer.

“There used to be people whose prime expertise was the technology of recording, no longer true,” Harris said. “Technology’s part of it, but if your only expertise is technology, you won’t have a career.”

If technology — or the related stereotypes — was once a barrier for women in audio production, the good news is that it now stands as the potential equalizer. There’s never been a better time for women with audio aspirations to make enough noise to shatter the glass ceiling.

“In five years, it’s going to be different,” Kosowski said. “It won’t be a special thing anymore.”