It’s More Than Just For Laughs At 604 Records 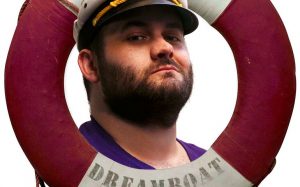 Jonathan Simkin and Chad Kroeger’s Vancouver-based record label, 604 Records, is prepping a clutch of four original albums from some of Canada’s most talented comics.

Each release is to be accompanied by a live-stream event.

“Each of these albums has its unique flavour of comedy, and I wouldn’t be surprised if they were all nominated for the Best Comedy Record Award that was recently reinstated at the Junos,” said Simkin, President and Co-founder of 604 Records.

“Although we are new to the comedy world, I was shocked to learn that Best Comedy Album had been removed as a Juno category years ago. I initiated a dialogue with CARAS, brought in some key people from the comedy world to continue that discussion, and am thrilled now that the category will be returning for the Junos in Vancouver next year.  We love having the opportunity to work with the incredible comedic talent within Canada, and this is only the beginning. 604 Records plans to continue signing the best in Canadian comedy, and will be releasing additional albums next year.”

Founded in 2001, 604 Records is the independent record company co-owned by Nickelback singer Kroeger and attorney Simkin. The company expanded its catalogue in 2016 to include comedy and its first comedic release, Dreamboat from Kevin Banner, went to #1 on the iTunes comedy chart.

Now one of the successful independent record labels in the country, with offices in Vancouver and Toronto, 604 has had success with releases in all genres including rock (Theory of a Deadman), pop (Carly Rae Jepsen, Marianas Trench, Coleman Hell), alternative (The Zolas) and country (Dallas Smith, Jojo Mason).